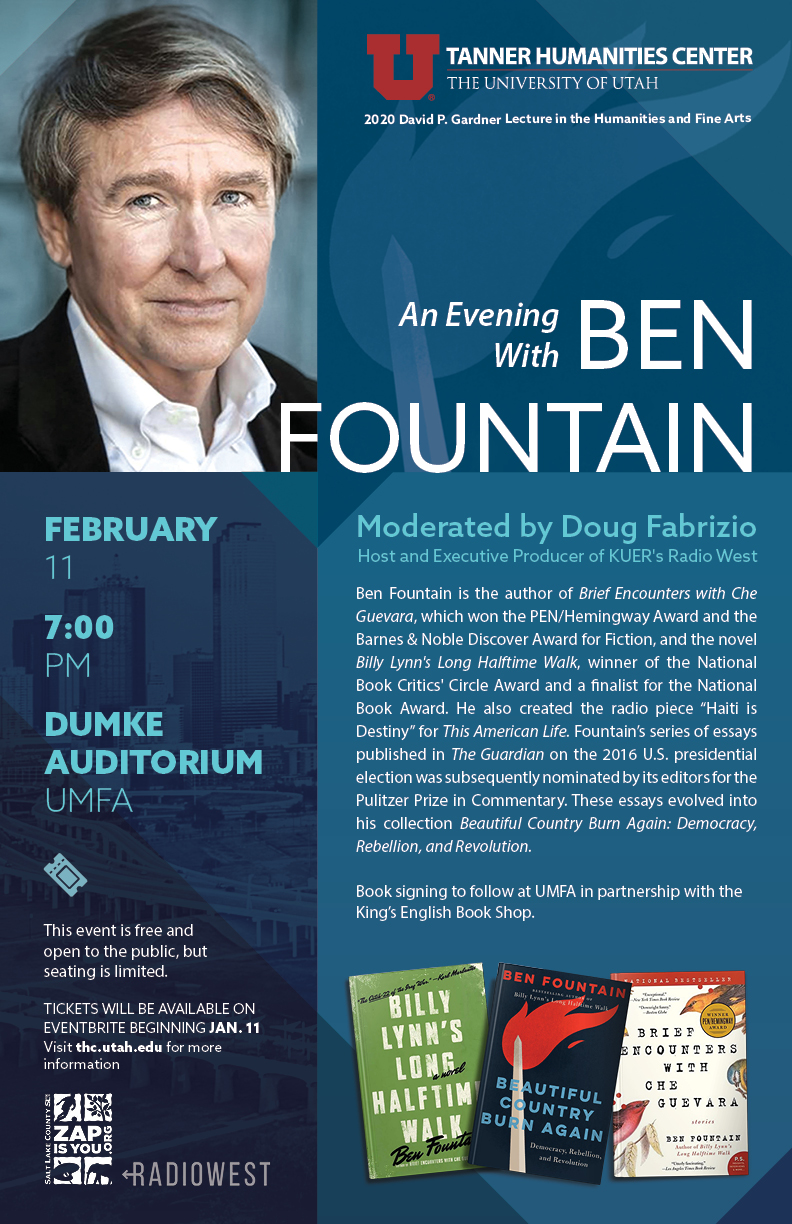 2020 David P. Gardner Lecture in the Humanities and Fine Arts

When: Tuesday, February 11 at 7pm
Where: DUMKE Auditorium, UMFA

The Tanner Humanities Center at the University of Utah welcomes author Ben Fountain for the 2020 David P. Gardner Lecture in the Humanities and Fine Arts. Fountain will discuss his transition from law to literature, his work in a range of literary genres and the value of employing literary techniques in nonfiction texts. He also will reflect upon the need for writers to respond to and impact contemporary issues. The lecture will be followed by a book signing.

A former practicing attorney, Fountain wrote “Brief Encounters with Che Guevara,” which won the PEN/Hemingway Award and the Barnes & Noble Discover Award for Fiction and the novel “Billy Lynn's Long Halftime Walk,” winner of the National Book Critics' Circle Award and a finalist for the National Book Award. He also created the radio piece “Haiti is Destiny” for NPR’s This American Life. Fountain’s series of essays published in The Guardian about the 2016 U.S. presidential election was subsequently nominated by its editors for the Pulitzer Prize in Commentary. These essays evolved into his collection, “Beautiful Country Burn Again: Democracy, Rebellion, and Revolution.” 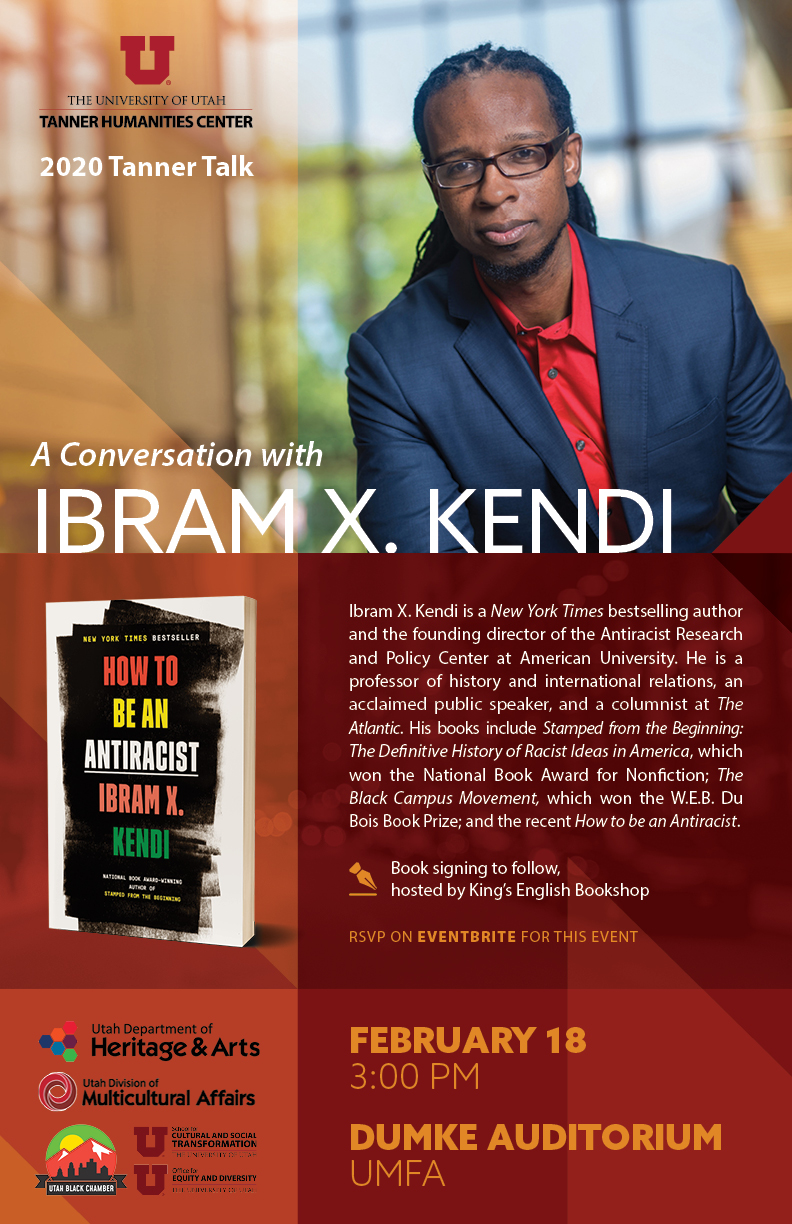 When: February 18,at 3pm
Where: DUMKE Auditorium, UMFA

Author Ibram X. Kendi is a New York Times bestselling author and the founding director of the Antiracist Research and Policy Center at American University. He is a professor of history and international relations, an acclaimed public speaker and a columnist at The Atlantic.

His books include “Stamped from the Beginning: The Definitive History of Racist Ideas in America,” which won the National Book Award for Nonfiction, “The Black Campus Movement,” which won the W.E.B. Du Bois Book Prize and the recent “How to be an Antiracist.”